What's it all about, Kitty? 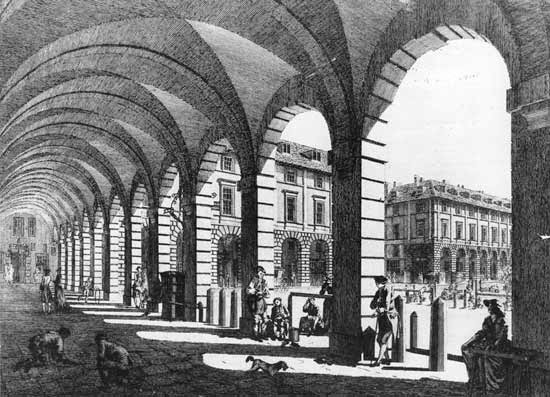 In the dead of night when our door is locked against thieves, dogs and the devil in disguise, the moans of men come to my ears. Some promise themselves many times over, such is the nature of their lust. Yet when daylight seeps through the shutters, we whores are cast aside and our lovers go out into the fine morning as if bound on a journey to America. Well, I have been there; transported for the sin of thievery, though I found a way to return. It is a story I will tell in due course, for more recently I fought to keep myself from the gallows and I fear I am going mad.
William Westman. There, I have told you my tormentor’s name, though doubtless you will think him no tormentor at all.
At first I thought he was one of our usual gentleman callers. It was on such a night as this, cold and damp, with a hint of frost and the air abroad swirling with mysterious poisons. He entered our establishment through John Bradley’s gin shop, on the corner of Covent Garden and Russell Street. He offered a fortune; five guineas and a promise of more if I would let him use me until daybreak. Mother Shadbolt could barely contain herself and welcomed him across our threshold as if he was the prodigal son, her Bible clutched to her bosom with one hand while she pocketed his cold hard cash with the other. He smelled of hashish and ale, but wore well-tailored garments and clean boots. His face was soft and not a bit lined or careworn. I filled a dish and pressed an orange segment against my lips. He grasped me about the waist and kissed away the juice. I thought I saw a dark shadow at his shoulder, but thought little of it. Many men carry their ills thus. It is not for me to judge them.
I took him to my boudoir and asked what delights he had in mind. He did no more than raise my petticoats, sink to his knees and taste the region hidden from view. I gasped and pushed him away, pretending to be coy. Some men require soft words and innocence, while others prefer a harsher tone. Others still, need silence. They do the deed and are gone. I trusted I would not have to do more than was absolutely necessary, for I was tired and wanted an easy time of it.
My cully removed his wig. His own hair was fine and auburn in colour, and, for such a young man, receding a little at the temple. The fire crackled in the grate, casting a golden hue over our bodies. I judged him in need of kindness and poured two small glasses of gin, turned back the bedcovers, and beckoned him forth. He had, after all, paid handsomely, and I was obliged to perform until such time as exhaustion descended on him.
Westman reached out to stroke my décolletage with ink-stained fingers. I let slip my chemise and led him to the bed, whereupon he cosseted me with fine sentiment and laboured to give me pleasure, before satiating his own needs. In truth, I feigned my enjoyment. I had already been bedded that afternoon by no less than three men, the first of whom had brought me much satisfaction (he being a young buck with energy a-plenty), the second being a regular client whose needs were catered to by my pretending to innocence and he to my ‘first’ deflowering. The third was an elderly gentleman who often sleeps in our dining parlour. From time-to-time he relieves himself. It often comes to naught. I believe he enjoys our wit and the warmth of the fireplace more than anything else.
This then is what happened after Westman’s desires had been satiated: we fell on the gin, gave a toast to Venus, talked a little of his wish for literary success, and mine for financial freedom. He asked how it was that a seemingly educated gentlewoman, such as I, might find herself prostituted thus. I did no more than inform him of my father’s demise and our family’s fall from grace.
“A woman has three choices in life,” I said. “She may marry. She may become a servant, or she may become a whore.”
“And you became the latter? But why?”
“I had no dowry. My mother sent me to London to work as a governess.” I took my gin up and knocked it back in one. “Mother Shadbolt intercepted me. She promised me riches beyond measure. I was young and foolish.”


My cully laughed and topped up my glass. He was delighted to have found such an educated whore. As the night wore on we became more and more inebriated. You may find it hard to comprehend, but when I woke the next morning I was pinned beneath a dead man – and not just dead, but bloody and terrible. What could I do but scream and claw my way out from beneath him?  I was covered in his blood like a wild woman who has savaged and fed on a beast. This could not be. It could not. I would be blamed. They would call me a murderess. I would swing from the gallows. Few would stand up for me. I was no one.
READ MORE

The Finish is the first in a four part series, Venus Squared, by Angela Elliott. It tells the story of Kitty Ives, who is forced to investigate a murder, or swing from the gallows. Published by Crux Publishing Ltd.

www.angelaelliottbooks.com
Posted by Angela Elliott at 10:56