What about location - Covent Garden

Kitty Ives, the main character in The Finish, lives in Covent Garden, which still exists today in pretty much the same state that it did back in the 18th century, save that in the middle now, there's what is called the Floral Market, and some of the buildings have been rebuilt, albeit on the same footprint.

Here, I take a look at Covent Garden then and now in this series of photographs and prints. 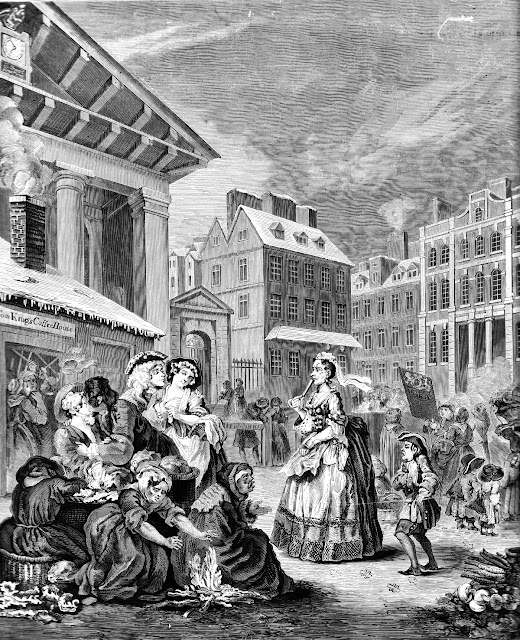 Covent Garden - Hogarth - It's often shown the other way round. Prints were copied and reprinted many times and the image flipped. The writing above the door on the left reads correctly, and if you compare the present day photograph below, you can see that the church and the building on the right are still in situ. Also, check out that square column on the church's portico. See above there it is? Now look at the photo I took. Yes, there's that square column. Hogarth had a good eye for detail. Btw, you can visit Hogarth's house for free in Chiswick.  I'll be paying it a visit soon to report back. 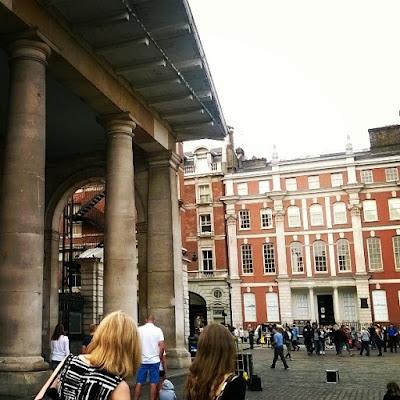 Here's another take on this, below. 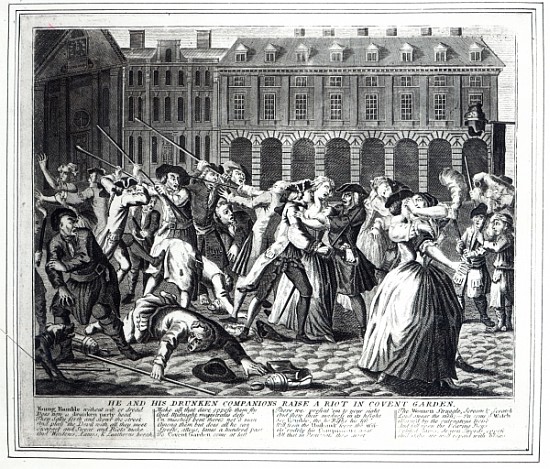 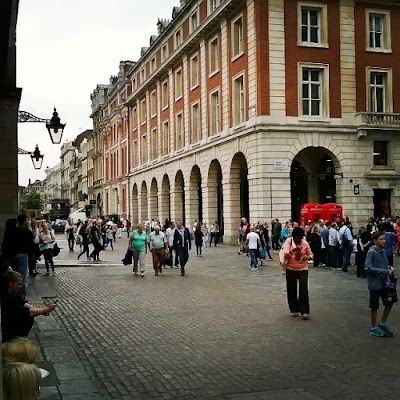 And here's those same arches today.

The arches below are those on the east side of James Street, in the Great Piazza. 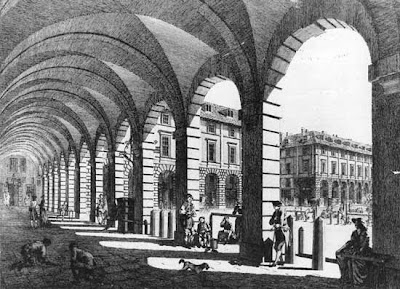 And below, the same today, although now rebuilt. 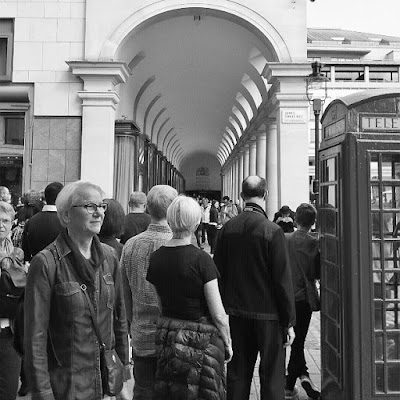 At the end of this row of arches is an entrance to the Opera House, although in the 18th century this corner of the Piazza would have had the entrances to both the Bedford Head Coffee House on the right, and on the left the Shakespeare's Head Tavern. The Covent Garden Theatre, as the Opera House was called, was situated behind these establishments. There may have been a entrance here to the theatre too, but it would have been nothing more than a door. Well, in fact, that's all it is today. 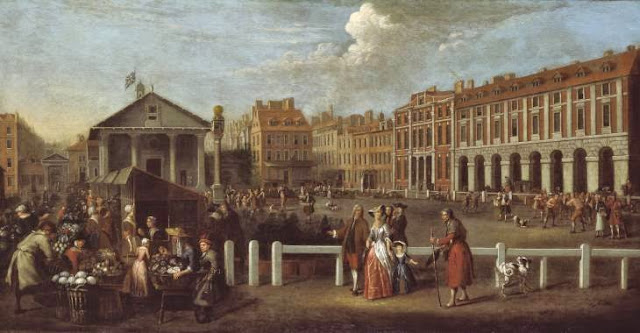 Here' then you can see Covent Garden from the east, looking West to the Church. King Street runs off the north side of Covent Garden and to the south side is Henrietta Street. 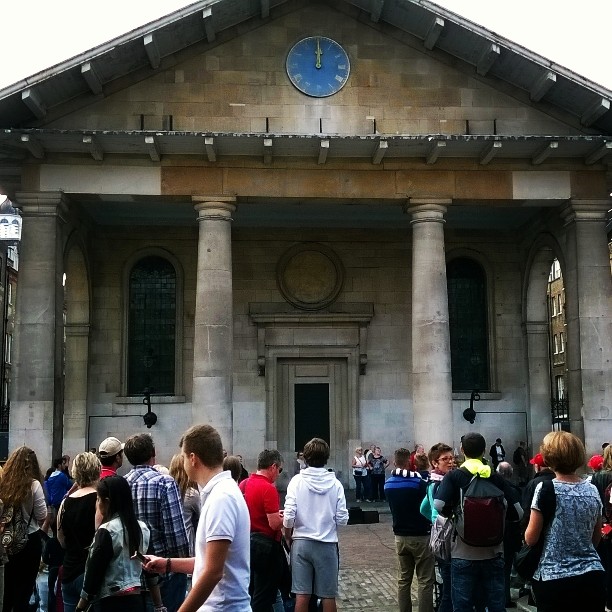 Here's the Church today. The 'entrance' is actually just a blank. There's no door there and there never was. The door is at the rear, in the churchyard. 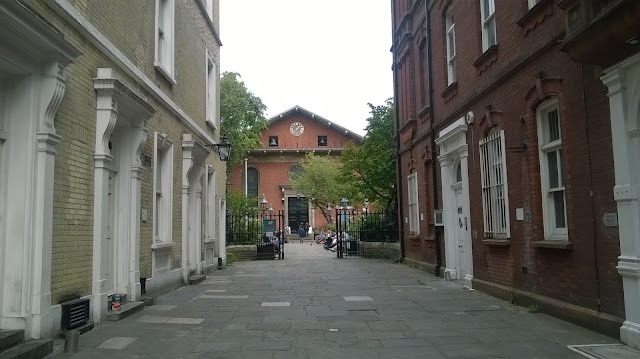 The actual entrance to the Church in Covent Garden. It's accessed through this quaint alley from King Street. Just to confuse visitors to London, The Covent Garden Church is called St. Paul's, like the cathedral about a mile to the east. 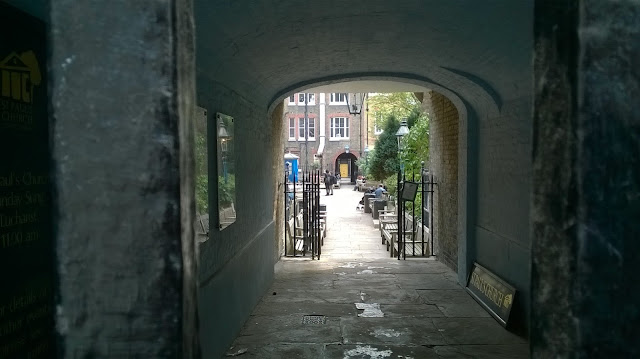 On the corner of Henrietta Street was the Unicorn Tavern, where Kitty attends a coroner's inquest. Below is the building today - rebuilt as a Nat West Bank. 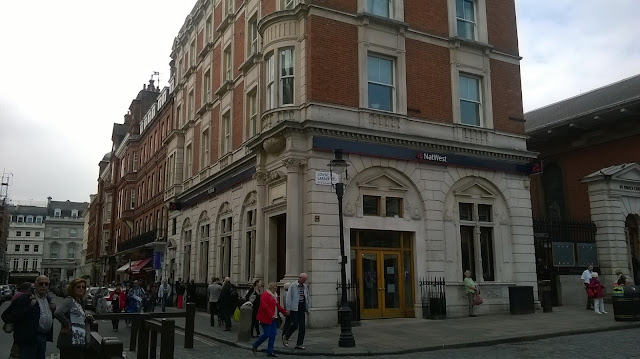 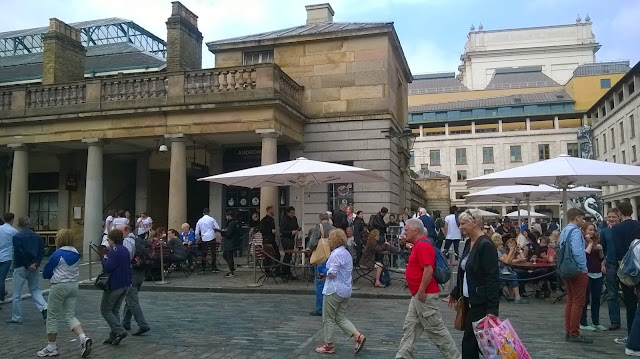 Here's the Floral Hall in the centre of the square. It wasn't here in the 18th century, but it was occupied by a large number of wooden shacks, of which one was called the 'Finish', so  named because it was the last place to close, in the early hours of the morning. The square building in the centre of the pic shows the location of the 'Finish'. In the pic above you can also see down the east side of the square. The little Piazza, on the far right of this pic, burned down in March 1769, so this is all rebuilt.

Opposite the 'Finish' was the brothel run by a Mother Gould. It was over a distiller's by the name of John Bradley. In my book, Mother Gould has been renamed Mother Shadbolt, but John Bradley and the distillery are one and the same. This is it today. 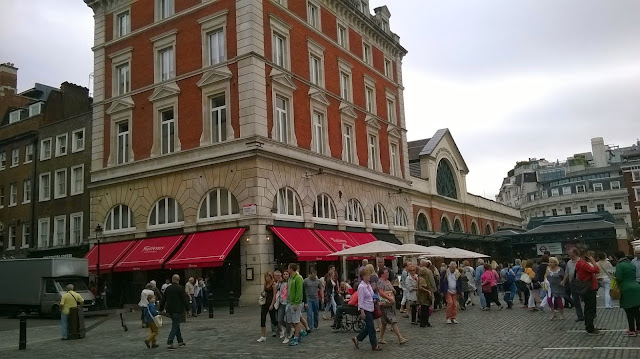 We've already seen the picture below, but this is now a blown up portion of it, which shows the little Piazza as it would have been before the fire. 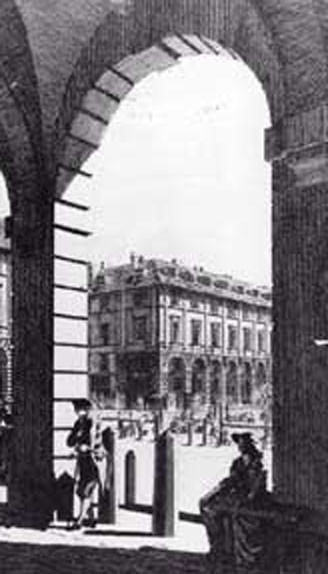 Continuing into the corner of the Little Piazza, in the 18th century we would find the alley way to the privies, which also connected Charles Street with Covent Garden. Next to the alley was the Bedford Arms tavern.

Today, the London Transport Museum occupy this space in the corner, but there are still toilets here in what was then Tavistock Court. 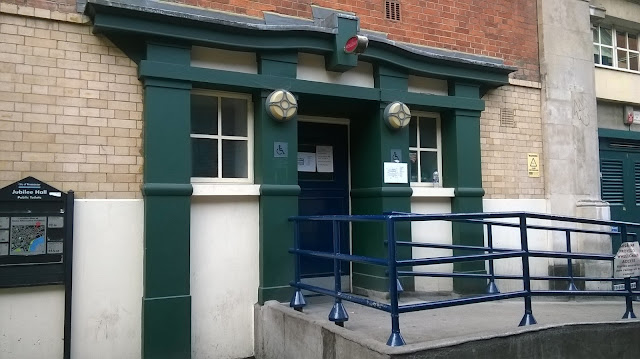 Part two of this photographic tour of Covent Garden here

The Finish is part one of a four part series called Venus Squared. Set in 1769, it tells the story of Kitty Ives, a prostitute, forced to solve a murder for fear of swinging from the gallows.