Who is Kitty Ives? 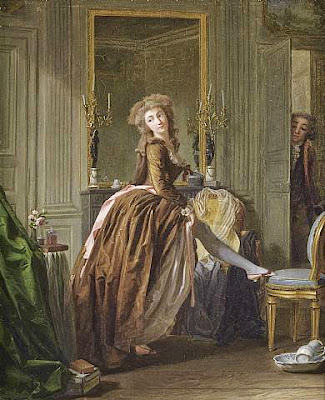 Kitty Ives is the heroine of the Venus Squared series of books, the first of which is The Finish. In this article I discuss her family background and what brought her to work as a prostitute in London's notorious Covent Garden.

She was christened Katherine Ives, but her father preferred to call her Kitty. She was born in the ancient county of Norfolk, in East Anglia to a farmer and his wife, Joseph and Elizabeth Ives. They had two children, Sophie, born in 1744 and Kitty, born in 1746.

Joseph wasn't a particularly wealthy man, but he loved his family and provided for them as best he could until his middle daughter, Sophie, fell in love with a neighbouring farmer's son. Sadly, this young man was found dead, having been most foully stabbed. Sophie was accused of the murder, but although she was found not guilty, local opinion went against her and she was set upon by a mob, whilst walking from Church. She was dragged through the streets and suffered a thousand cuts and bruises. Sadly, Sophie fell into a decline and died from blood poisoning, brought on by the mistreatment of her wounds.

Quite naturally, the rest of the family were distraught, not least Joseph, the patriarch. He was the next to die, having had an attack of apoplexy. Today we would call it a stroke. This left Kitty's mother, Elizabeth, with something of a dilemma. She had never taken much part in the day-to-day running of the farm. She now had to take up the reigns herself, but in doing so she failed quite miserably to manage the finances and very quickly fell into debt. First the livestock was sold, then individual parcels of land, and eventually the farm house itself. Forced into rented accommodation and living on slender means, Elizabeth Ives found her Kitty employment as a maid in London. Kitty was put on a coach and sent on her way, but once at the coaching inn in London, she was waylaid by an older woman called Mother Shadbolt, who offered to look after her needs and see her safely accompanied to her employer's house.

On the journey across the city Mother Shadbolt fell ill and asked Kitty if she would mind stopping off at her house on the corner of Covent Garden and Russell Street. This of course, was the brothel. Once she stepped over the threshold Kitty was seduced by tales of fine clothes, parties and  riches beyond her ken. Thus, did our heroine fall from grace in quick time. 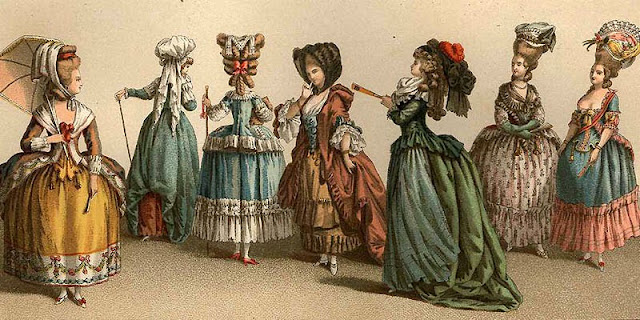 Kitty was only sixteen years old and had no more desire than to dress in the latest fashion and catch the eye of a handsome beau, and so she was soon persuaded to throw off her employer and remain with Mother Shadbolt, where she was promised her pick of suitors. At first, Kitty was showered with gifts and beautiful gowns and jewellery, but as time wore on and she tired off the life of easy seduction, she tried to leave the brothel and strike out alone, only to find that the clothes she wore were not gifts at all, the jewellery was all paste and she had not a penny to her name.

Now came a time of despondency for Kitty. She fell in with a riotous crowd and ended up being transported to America for the crime of theft. All this is discussed further in The Finish.

You can read all about Kitty's exploits in The Finish and in the subsequent volumes, The Surety, The Debt and The Trade. Collectively, they are called Venus Squared.