What's in a location, part three.

In this third look at Covent Garden I talk about James Street and Long Acre. First of all, take a look at the map of Kitty's Covent Garden. 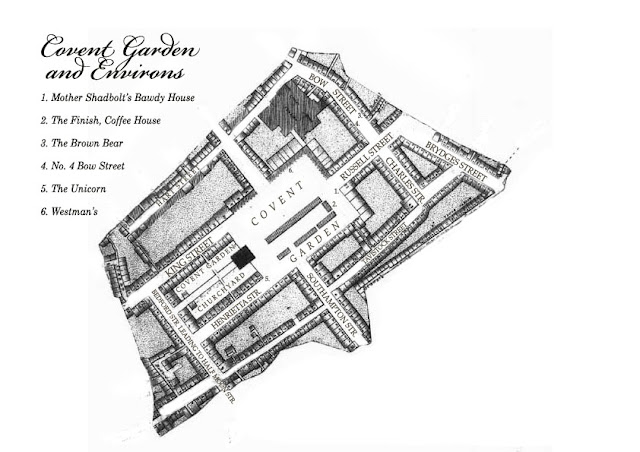 James street isn't marked on this map, but it is the road leading from the Northern side of Covent Garden to the what is marked on the map as Hart Street, which is what Long Acre was called in the mid 18th century. 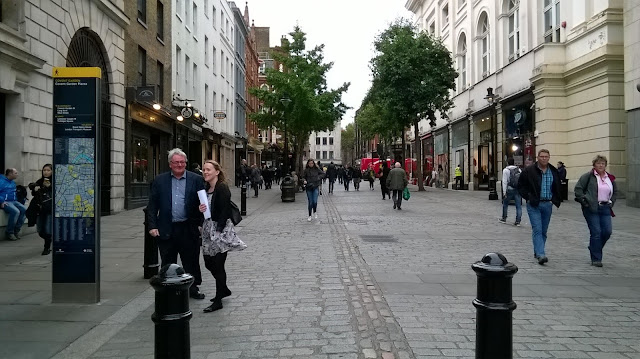 Here's James Street today. It's pedestrianised and usually swarming with tourists. This was a very rainy, cold day. At the top on the right hand corner is Covent Garden Tube Station. Halfway down this street, back in the 18th century, was the house in which the Reverend of St. Paul's Church, Covent Garden lived. I've tried to find a picture of James Street from the 18th century, and even the 19th century, but have failed miserably. There are pictures of St. Jame's Street, but this is a different street, further west.

This is a modern drawing of the houses on the west side of James Street. You can see the houses built in the 18th century are marked in the left hand section, and here they are below. The Body Shop and Fossil are both 18th century. The Cambridge Satchel Company is 19th century, but it looks to be based on an earlier building. In general 18th century windows were longer than those in the 19th century. 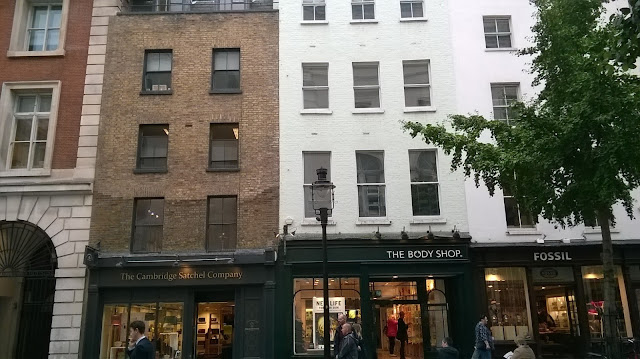 Moving into Long Acre, then Hart Street. This is it now, looking in both directions. 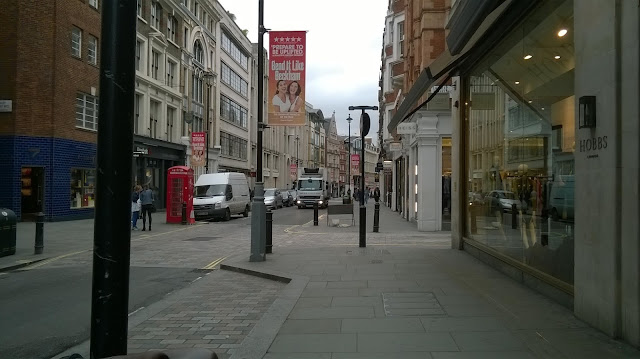 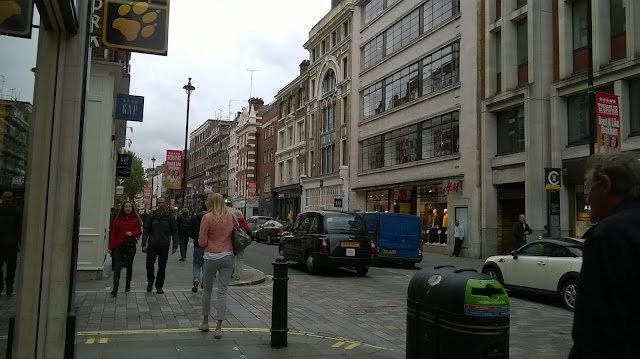 Okay, so the building in this photo was built in 1938. Here it is below at that time. It has changed since then. The windows aren't the same. Mostly, buildings like this end up being gutted and the facade kept, while the main body of the building remains. 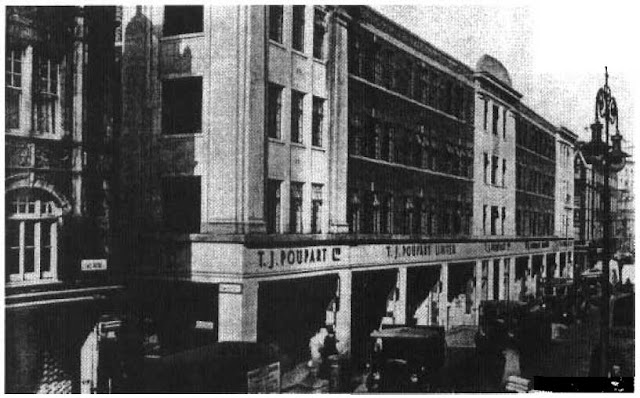 The sad thing is that this monstrosity of 1930s architecture was built in place of these old houses, which were built in Long Acre in 1690. As you can see, the windows are shorter and wider than the following two centuries. Remember than after the Great Fire of London, in 1666, most of the city was rebuilt in brick, hence the somewhat 'modern' look to terraces built in the 17th century. Gone were the wooden-framed houses of the old city. 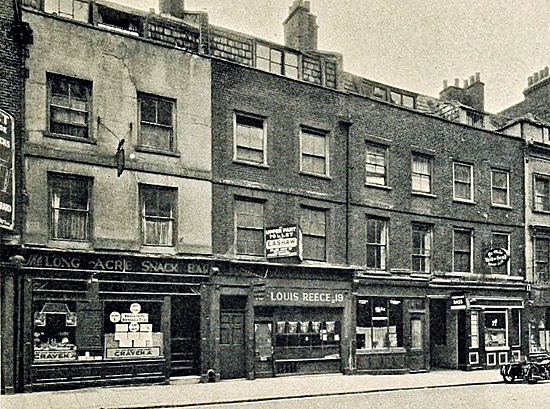 In The Finish Kitty goes to a surgeon, who performs an autopsy on one of the murder victims. She would have visited a house very like one of those pictured here.

I did find this wonderful old photo of an Inn in Floral Court, which is just off James Street and Long Acre. 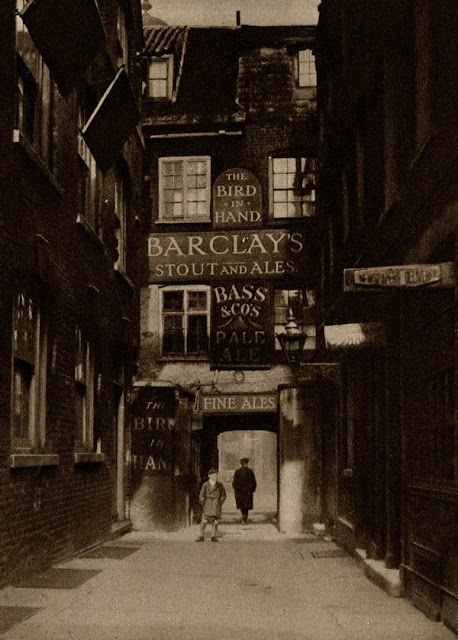 I'm guessing it was taken around the 1930s. I'm not sure if it's still there, but I will go and look and report back.

The other photo worth showing you of Long Acre is this one below.

Now, I'm not sure whereabouts on Long Acre this was, but I've a feeling it occupied the site which the Covent Garden tube station now sits on, which would mean that the facing us is James Street, looking all the way down to Covent Garden. Then again it could be the corner opposite, in which case this looks up to Seven Dials.

It's a very interesting area, albeit today it's all shops and tourists.  I love the cobblestones in this picture and the old shop window on the left. It's a real shame there's so little left of it.

Part one in this look at Covent Garden is here

The Finish tells the story of an 18th century Covent Garden prostitute who wakes to find a dead man in her bed, and is forced to uncover the murderer for fear she will swing from the gallows.